The Energy Department's data for this June has just arrived. 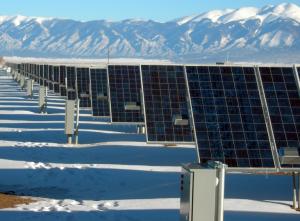 Of the power produced by solar in June, the grid's solar produced 71.3 percent. Residential solar, 16.6 percent. Other distributed sources, 12.1 percent.

This June, 36.5 percent of the grid's electricity was zero-carbon, from solar, wind, hydro, nuclear, etc. The zero-carbon share increased considerably from the prior June, when it was 31.7 percent.

The relative shares were very different the prior June. In June 2016, zero-carbon was 31.7 percent. Coal was about equal, at 31.5 percent.