You really need to look at the numbers to appreciate that we’re a long way from electrifying home heating. And I do mean a long way. 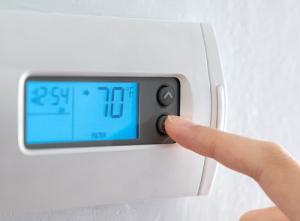 According to the latest American Community Survey data, which the Census Bureau published less than two weeks ago, forty-one percent of homes used electric utility service for heating in 2021. Forty-six and a half percent used natural gas utility service instead.

Forty-one percent electric heat to forty-six and a half percent natural gas heat. That’s the mix. However, …

Which matters since nearly two-thirds of the hundred twenty-eight million homes in the U.S. are owned. As many as forty-three million owned homes used gas service for heating last year.

Of the electric heated owned homes, they’re overwhelmingly in the south. Here’s what the numbers say.

Two-thirds of them nationwide are in the south. Indeed, less than ten million electric heated owned homes aren’t in the south. Spread across the northeast, midwest and west regions.

In the northeast, only eleven percent of owned homes used electric service for heating. In the midwest it was sixteen percent. In the west, it was twenty-eight percent.

The numbers are more extreme in major cities beyond the south. In the New York metro area, just three hundred twenty-eight thousand homes are electric heated owned. That’s out of nearly five million homes in total, counting both owned and rentals.

In the Chicago metro area, about two hundred thousand homes are electric heated owned. That’s out of three million homes in total, again counting both owned and rentals.

Now let’s further illustrate the point, about the slow electrification of home heating.

In 2010, around two hundred six thousand owned homes in the New York metro area used electric service for heating. By 2021, as we said, this number was three hundred twenty-eight thousand. So, in eleven years, the electric heated owned homes grew by just a hundred twenty-two thousand. That’s a drop in the bucket.

Yes, electrified home heating is increasing nationally. But this is primarily because of new homes in the south.

For example, of the new single-family homes completed in 2021, three hundred twenty-six thousand had heat pumps. Eighty-nine percent of those however were in the south. The remaining eleven percent were spread across the northeast, midwest and west regions.

At the same time, in 2021, four hundred seventy-four thousand new single-family homes completed had natural gas forced-air furnaces. With the greatest number of these in the west, and good amounts in the midwest and northeast, as well as the south of course.

There were just over a hundred thousand new single-family homes completed in 2021 with electric forced-air furnaces. Not a surprise that these were mostly in the south.