Thinking About Nothing in Particular

The Italian mathematician Fibonacci brought the base ten number system – the Hindu-Arabic system – to the West in the year 1202. He famously wrote: 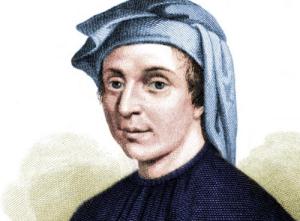 Even after this, and throughout the medieval period, there were religious suspicions about the so-called sign 0.

Zero these days is about the five thousandth most spoken and written word. Though in the utilities industry I suspect it would rank higher given all the talk about driving down carbon dioxide emissions to nothing.

The financial community, political leaders, large customers, and public opinion are compelling utilities to reduce their emissions to this absolute lowest of values. The focus first and foremost is on when they will hit zero. And then secondarily on how.

How utilities will reduce their emissions to a low level — near zero — is usually knowable and known. Their emission reduction plans are most often specified in considerable detail. But how they’ll reduce further from that low level all the way to zero is typically unknown at present.

The utilities industry has multiple technological irons in the fire — technological innovations — to eliminate that last twenty percent or so of their emissions. Hydrogen, battery storage, to name a couple of the leading candidates.

Utility commitments to get to zero by a particular point in time, say 2045, seem to hold much more sway among certain constituencies than minimizing emissions along the way to that zero-target year. Which is weird I think and somewhat unfortunate.

Picture a simple line graph. The vertical axis tracks a utility’s level of carbon dioxide emissions in a year. The horizontal axis tracks the year, 2022, 2023, 2024, etc.

The area under the line for the twenty or so years until the zero-target year matters a lot. Minimizing this area — while preserving the reliability and affordability of utility service — is a very good idea.

Additionally, how much all of us in the U.S. — utilities included — emit in the next two decades or so is arguably more important than what we do subsequently. Why? Our country is an example through our actions that hopefully shall stir other nations to step on their decarbonization accelerator.