Have you ever read the academic journal, Environmental Science & Technology? I haven’t either. But what an article in it concludes about methane emissions from the natural gas stoves in American homes has been prominently featured everywhere you turn. By the Washington Post, CNN, NPR, Bloomberg, Vox, Grist, Scientific American, Time, ABC, The Hill, etc. 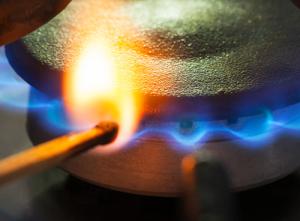 The press coverage has highlighted a couple of the article’s conclusions. One really caught my attention.

According to the authors (four folks from Stanford U.), the methane emissions from all the residential gas stoves in the U.S. have the same climate change effect as half a million gasoline-powered cars. Sure sounds like a lot, right?

Numbers of course can be deceiving. Suppose the authors’ analysis of the gas stoves in their study’s fifty-three California households is correct and indicative nationwide. And suppose their math for the whole country is similarly correct.

Then, as the press has widely reported, if we shut down all our gas stoves, that’s like taking a half million cars off the roads.

I got curious and looked it up. There are presently two hundred and eighty-seven million cars in the U.S. Alas, almost all of them are powered by gasoline.

So, half a million cars? That’s around two tenths of one percent. If we shut down all our gas stoves, that would have the same climate change effect as taking two tenths of a percent of all our cars off the roads.

Now we have some perspective. Don’t get me wrong. The climate change effect they’re talking about is not nothing.

But rather than shutting all the country’s residential gas stoves, we can help the climate far more effectively by actually getting a good percentage of our gasoline cars off the roads. By substituting the great electric cars that the auto companies are now rolling out.