A Shot of Storage

It got me thinking. The Energy Department’s expert on energy storage had just put up a slide, at NARUC’s Winter Policy Summit, saying that the nation’s grid decarbonization will need three hundred gigawatts of long-duration storage. 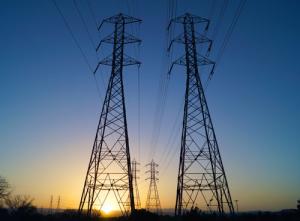 My mind instantly switched to calculator mode. Whoa. Three hundred gigawatts. It is a big number, sure. But the U.S. grid is gigantic. If it’s to generate mostly with wind and solar, are three hundred gigs nearly enough?

Do the math. Three hundred gigawatts of long-duration storage would deliver thirty thousand megawatts to the grid for ten hours. That is the minimum period, ten hours, that long-duration storage will produce power for the grid, according to Deputy Assistant Secretary Michael Pesin. Though he added last week at NARUC’s Summit, “… we also need to have storage that is over a hundred hours.”

How do these capacities measure up to the magnitude of the problem? Is this enough long-duration storage to keep the U.S. grid reliably humming while wind and solar-based?

Consider PJM. It’s our largest control area. Though PJM is just a fraction of the entire U.S. grid.

No question we’ll be adding gobs of wind and solar to the PJM region in coming years. But no amount of renewable additions will be sufficient – after we take offline many tens of thousands of coal and gas generation – to carry PJM’s system through evenings and prolonged weather patterns adverse to wind and solar generation.

The Energy Department’s Energy Earthshots Initiative for storage will detail its plans in a forthcoming report. We cannot wait to read how the report tackles the uber-important question of how much long-duration storage the decarbonized grid will need.

But we may need to continue, for longer than many wish, to rely upon gas-fired plants to get us through evenings and prolonged weather patterns. Fortunately, the U.S. has an extensive infrastructure of gas plants, transmission, and storage.

There is a real possibility that green hydrogen will be ready in time to economically leverage this infrastructure. In our back pocket, fortunately as well, we do have a vast reserve of domestic gas together with the production capability to use it as necessary.