The government considers that about eleven million American households are located in rural areas. That’s a little over eight percent of all the households in the country. 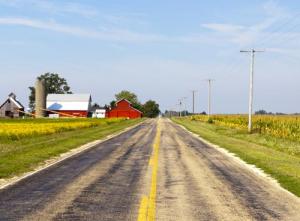 These households of rural America tend to pay a lot more for their electric service than do urban and suburban households. Might this tendency help explain some stark differences in how people view energy policy?

The latest data on household expenditures, from the most recent semiannual Consumer Expenditure Survey, was published last Thursday. Nothing comes close to the CES in explaining how Americans spend their money.

The data shows that rural households paid an average of $1,679 for electricity over the twelve months ending June 2020. This amounts to 3.3 percent of all their expenditures, again on average. In other words, one out of every thirty dollars rural households spend goes to pay their electric bills.

In contrast, the forty-eight million households considered to be located in central city areas paid an average of $1,292 for electricity over that same twelve-month period. That’s almost a quarter less than what rural households paid.

So electric bills and whether they’re rising or falling is a bigger deal for rural households than for those in the central city, generally speaking of course. Might this suggest that the affordability of electric service tends to rank higher, relatively, in the minds of rural Americans, as compared to other priorities such as the environmental cleanliness of electric service?

Plus, those lower rural household budgets tend to be stretched thin by significantly higher percentage shares for other categories beyond their electric bills. This is particularly the case for their transportation and health care expenses.

All in all, the electric bills paid by rural households are generally more burdensome. So I cannot help thinking that this factors into how many of our rural citizens feel about priorities as we plan the nation’s energy future.