On rising energy costs to consumers, the International Monetary Fund caused a stir on August 3. According to the Financial Times, the IMF blogged: 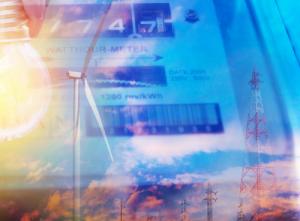 “European governments which have tried to shield households from soaring costs with price controls, tax cuts and subsidies ‘should allow the full increase in fuels costs to pass to end users to encourage energy saving and switching out of fossil fuels.’”

FT reader comments were insightful as they often are:

“This is the problem with these supra-national institutions — I don’t know where I’m supposed to show up with my pitchfork.”

“This is the best way to kill the Climate Change Agenda, as people are very likely to rebel once they understand the consequences of them ...”

“… the IMF making predictions that do not include [the] political and street-level backlash makes no sense at all.”

Closer to home, the U.S. Transportation Secretary said the obvious a couple of weeks ago about higher gasoline prices convincing some people to switch to electric vehicles to save on gas. The tweet from the opposing political party responded:

“Don’t forget, with the … administration the pain is the point.”

These clashes illustrate an age-old question about a free economy and government policy. The debate has been and perhaps always will be between the economic efficiency of price transparency on the one hand and the moral imperative of easing the burdens of the economically vulnerable.

The aspects of the debate are many and complex. If only because any free economy in the real world is replete with governmental interventions. So, the efficiency of our free economy is already constricted in innumerable ways. Even before policymakers try to do something or end up doing nothing.

And because policies affect consumers and businesses broadly. Notwithstanding that their individual circumstances vary by so much. We know this all too well in utility ratemaking.

A residential customer class can contain hundreds of thousands or even millions of customers with very different incomes, expenses, savings, debts, and of course usage of utility services. Setting a single equitable rate for all of them is a Sisyphean task.

Add into the mix that in a democracy there are intensely competing interests that can squabble over kinda everything. That FT commenter was right. If combatting climate change is pinned with consumer pain, in the public’s mind, it will engender even more political pushback.

So, Steve, what’s the answer? Ha. Even I don’t think I have all the answers.

But I will offer this. The notion of timing incremental changes has often been a powerful tool in utility ratemaking.

Utilities and utility regulators, on countless occasions, have spread necessary costs over periods of years to make them palatable to the public. The result is there to see. Utility systems truly in the public interest.