One and One-Third Percent

According to September 30's Commerce Department data, one and one-third percent of Americans’ consumer expenditures in August was used to pay electric utility bills. 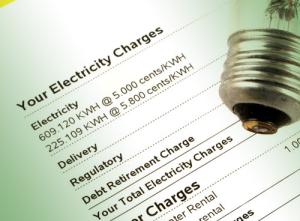 That’s slightly up from the prior August, in 2021. It was one and three-tenths percent then.

This is because Americans’ consumer expenditures, in total, rose eight and two-tenths percent from August 2021 to August 2022. But the amount Americans paid for electric utility service rose by eleven percent during that same period.

What about the amount Americans paid for natural gas utility service? It rose by thirty-four and one-third percent during that same period.