On February 10, France’s President Emmanuel Macron made a nuclear power renaissance a central plank of his plan to combat climate change. Macron committed the country to construct at least six and as many as fourteen reactors to start coming online in 2035. He also wants to extend the operational life of its existing fifty-six reactors. 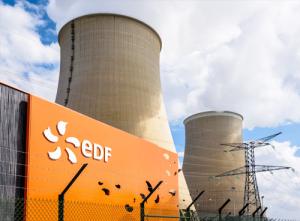 Why? And why now? Well, Macron is running for reelection. He pointed to the plan’s job creation. And to France reclaiming global leadership in nuclear.

Another goal is obvious. To constrain Europe’s dependance on imported natural gas from Russia especially. In order to contain consumers’ gas price volatility. And in order to curb Russian aggression.

Meanwhile, here in the U.S. of A., the Infrastructure Investment & Jobs Act of 2021 is providing almost twelve billion dollars to nuclear. To help existing nuclear plants financially. And to boost new nuclear projects. Promising projects in Wyoming and Idaho are proceeding, with planned in-service dates in 2028 and 2029 respectively.

Seems like support for nuclear is on the upswing. From the growing realization that when existing reactors retire, and when plans to build new plants falter, combatting climate change becomes much more challenging.

Opponents also say nuclear is too expensive. It is true that each project is costly upfront. But each plant will reliably produce electricity at full capacity year-round, sunny or not, windy or not, sans emissions. That’s saying a lot.

Opponents say nuclear fuel waste is dangerous. It is indeed. But storage of it on-site has proven to be quite doable, largely because the waste volumes are small.

And opponents say that the number of nuclear plants that are contemplated just isn’t enough to make a big enough difference in the climate change fight. This is the argument I have the least patience with.

It will take a combination of weaponry to successfully win this battle. Solar, both utility-scale and distributed, wind, both on and offshore, energy storage, electric and maybe hydrogen transmission, energy efficiency, demand response, hydro, geothermal, and yes, nuclear.

Not one of these can carry the whole load alone. All we need from nuclear is for it to pick up a part.