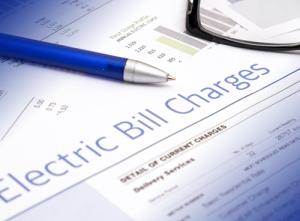 This is indeed a very large jump in the consumer’s price for electric service that rarely occurs. I found a larger monthly jump in June 2015, when the CPI’s Electricity component rose 4.7 percent. But I couldn’t find a larger year-over-year jump in the last decade.

For example, in 2021, the Electricity component went up 6.3 percent while the CPI overall went up 7 percent.

Driving the numbers nationwide were big price jumps in the northeast’s electric service and a few other parts of the country like Texas. The New York City and Dallas areas in particular reported price levels in January well above those in December 2021.