Bumpy road ahead. That’s the translation into English of the phrase in German, holprige Straße voraus. 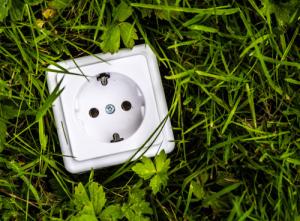 I was thinking about Germany and that country’s energy challenges. Its Chancellor, Olaf Scholz, visited the White House this week for talks with President Biden. Scholz and Biden met of course because Russian tanks have lined up along Ukraine’s borders. But the backstory for the talks was energy. Or the lack thereof.

Germany is evidently quite serious about battling climate change. Which is good. But the road it is taking is a bumpy one indeed. What’s German for buckle in?

German households and small businesses pay thirty-two cents per kilowatt-hour for their electricity, on average. That’s already two and a half times what Americans pay.

The Federal Republic is aggressively installing wind and solar capacity to meet an increasing share of its electricity demand without climate change emissions. Much of this new capacity is in the north. But the north is distant geographically and electrically from large loads in the south in and around Bavaria, including Munich and Stuttgart. As in the United States, getting new transmission approved for construction can be a slog.

That’s not the only problem to overcome. Germany, unlike the U.S., is intentionally shutting the entire nuclear power fleet in this, the fourth-largest economy in the world. Forcing it to rely upon the French fleet notwithstanding the public’s aversion to all things nuclear.

And unlike us, Germany produces a miniscule amount of natural gas to substitute for coal capacity and balance renewable capacity. Forcing it to rely on the unreliable Russians.

The Ukraine crisis highlights what can happen when a country or region races to net zero emissions amid binding constraints on its transmission, nuclear, gas and coal capacity. Gas ends up inevitably on the margin. Its price volatility can take public opinion on a roller coaster ride. Which isn’t good if only because broad support for battling climate change is critical.

The United Kingdom is also on a gas volatility roller coaster. As in the case of Germany, the U.K.’s road to net zero is counting on several of the cards on the table coming up aces.

Decarbonization is way too important to take such chances. Better if we admit we’ll need a lot of irons in the fire (figuratively).

And that succeeding with the public behind us will cost real money. In research and development, new construction, and maintaining some legacy capacity. For that regnerischen Tag, that is, rainy day, which will inevitably arrive down the road.