The blockbuster dropped on Oct. 4. Who from? EIPC. (That’s the Eastern Interconnection Planning Collaborative for the less pithy among us.) They’re the uber-forum for grid coordinators. 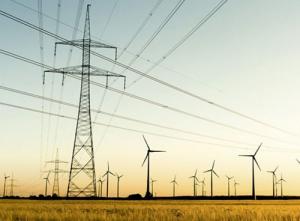 EIPC put out their must-read white paper, “Planning the Grid for a Renewable Future.” So, well, we read it.

The paper is epic. Not because of its length. It’s rather succinct. But because of the breadth and depth of its analysis of the grid’s needs from the Plains to the Poconos and parts in-between and beyond.

And what we need to do, like now, to pull off this decarbonization transformation that is already well underway. As seen through the eyes of those who manage and operate the circuitry for half the continent.

What parts of EIPC’s white paper were most fascinating for me? For one, the experts remind us of complexities such as voltage stability, transient stability, reactive power, frequency response and system inertia. The transformation shall, because of these complexities, necessarily require considerable investment.

In simple terms, you can’t just connect tens of thousands of intermittent generators here and there throughout the eastern grid (with very different technologies and performance from the generators they’re replacing) and take a chance that the existing grid can handle that reliably. That’s not a good bet.

Another part of EIPC’s white paper that particularly appealed to me, unsurprisingly to anyone who knows me, was what the experts said about getting new transmission built. Clearly the transformation could be accelerated, without risking reliability, if we moved from transmission scarcity (relatively speaking) to transmission abundance. This means getting serious about transmission project cost allocation and siting. That’s just the facts, as Joe Friday used to say.

But I’m only citing a couple of the compelling parts among many in EIPC’s paper. The ten-pager is a quick read. Why don’t you pick up a copy? It's available here.