For some people, I will admit, June means the start of summer. School’s out, to the extent that social-distanced school has been in. It’s high time for sunblock, sunburns, boardwalks, salt water taffy, and swimming, or at least toe-dipping. 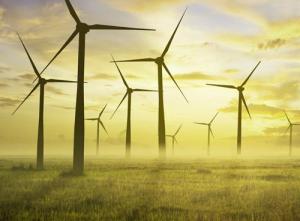 For me though, and for many of you, June means something entirely different.

The real action begins on the seventh of June. That’s the day the Western Conference of Public Service Commissioners kicks off its annual meeting. The agenda for the afternoons of the seventh and eighth (for us eastern time zoners) features seven sizzling sessions ending up with the Commissioner Grill hosted by yours truly.

As the Western Conference is winding down, the Edison Electric Institute’s huge annual conference will be winding up, with this year’s theme being “the road to net zero.” The agenda for the afternoons of the ninth and tenth is positively packed with many of our industry’s most prestigious and impactful thought leaders.

Not long after that big event, the American Public Power Association’s national conference will go on, and will notably go the hybrid route. You can actually attend a live conference if that’s your choice, in Orlando on the twenty-first, -second and -third of June. And/or you can “attend” the digital part on the thirteenth and fourteenth of July.

This hybrid conference idea is apparently catching on. For on the mornings of the twenty-eighth and -ninth and the thirtieth, the Mid-Atlantic Conference of Regulatory Utilities Commissioners will be holding their annual education conference, both in-person at a nice Pennsylvania spot and digitally at a nice place on the Internet.