On August 11, the Labor Dept. released its Consumer Price Index report on July’s price trends. The overall CPI, for the prices of all consumer goods and services, increased 5.4 percent over the twelve months ending in July. While the CPI’s electricity component, for the rates consumers pay for electric utility service, increased 4.0 percent over that same period. 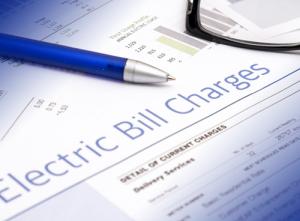 Suppose a typical American household had an electric bill of a hundred dollars in July of 2020. And further suppose that household used the exact same number of kilowatt-hours this July.

Then its electric bill would have risen from a hundred to a hundred and four dollars. That’s an increase of four bucks.

Now, figure that household spent four thousand dollars on everything in July of 2020. And that it bought the exact same goods and services this July. Which, granted, would have been a little weird.

And that’s why it’s important to take into account inflation.