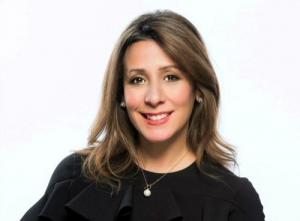 As President Biden begins his first weeks in office, many within the power sector wonder how his administration will address key concerns related to securing the nation’s bulk-power system.

The previous administration issued several executive orders relating to cybersecurity, including Executive Order 13920, a directive issued on May 1, 2020 to address security threats to the U.S. bulk-power system. The Executive Order (E.O.) prohibits the “acquisition, imposition, transfer, or installation of any bulk-power system electric equipment by any person, or with respect to any property, subject to the jurisdiction of the United States” that involves equipment “designed, developed, manufactured, or supplied, by persons owned by, controlled by, or subject to the jurisdiction or direction of a foreign adversary.”

The E.O. has led to uncertainty for the energy sector because it has prompted questions about how it will be applied under a new administration. On January 20, 2021, the Biden administration suspended the existing E.O. for 90 days, noting that the Secretary of Energy and director of the Office of Management and Budget will determine whether a replacement order will be issued.

Whether or not E.O. 13920 will remain in effect, current sources indicate that Biden’s administration is expected to continue furthering the goals that the E.O. laid out. President Biden has shown a specific interest in critical infrastructure security issues, an issue that has also historically enjoyed strong bipartisan support.

On December 17, 2020, the Department of Energy announced the issuance of a prohibition order related to the E.O. The prohibition order (P.O.), which prohibits “the acquisition, importation, transfer, or installation of specified bulk-power system (BPS) electric equipment that directly serves Critical Defense Facilities,” applies to a select group of utilities and specific equipment from China that pose “an undue risk to the BPS, the security or resilience of critical infrastructure, the economy, national security, or safety and security of Americans.” The new P.O. briefly went into effect on January 16, 2021 and was then suspended, along with the E.O., by President Biden on January 20, 2021.

While the P.O. does serve to provide some clarity about what future implementations of rules and regulations related to the E.O. might look like, uncertainty regarding potential changes to the E.O. by the new administration remains.

However, this ambiguity will hopefully be relatively short-lived, while the benefits will protect the United States for years to come. The bulk-power system is crucial to the infrastructure of the United States, including national security and the economy. The sooner its vulnerabilities can be protected from outside attack, the greater the benefit to the United States.

The period we are in right now is certainly one with more questions than answers, but in the long run, the benefits of increased security for our infrastructure, economy, and national security will hopefully be worth this temporary lack of clarity. We anticipate that much of the existing uncertainty regarding E.O. 13920 will be alleviated as the Biden administration further clarifies its goals and expectations for securing our nation’s bulk-power system.