Eleven states elect their commissioners rather than appoint them. For ten of these commissions, on the third of November (and up until to then for early voting), seventeen of the forty-two positions were up for a vote by the public. We’ll tell you herein who won, who lost, and who hasn’t yet won or lost. 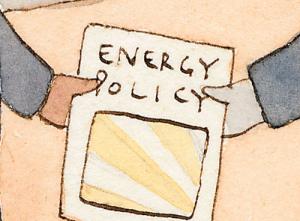 What about the eleventh of these commissions? The voters of Mississippi also choose their three commissioners. But not in 2020. None of these positions were up for a vote this year.

All of the states that elect their commissioners are in three corners of the country: the deep south, the southwest and the upper midwest. Commissioners are appointed rather than elected everywhere else, in the remaining thirty-nine states and the District of Columbia.

About twenty-two percent of state utility commissioners in the country are elected. Though, as we’ll explain, this percentage will soon drop to about twenty percent.

As for Georgia PSC Chair Bubba McDonald, he’ll be competing with Daniel Blackman — the Democratic party candidate for PSC District 4 (northern Georgia) — in the runoff elections that will take place in Georgia on the fifth of January. That’s right, the same runoff elections that will decide two U.S. Senate races and majority control of the world’s greatest deliberative body.

Chair McDonald fell just a tenth of a percent short of half the vote on the third of November; that’s how close he came to reelection without the need for a runoff. His opponent from the Democratic party received forty-seven percent of the vote. The Libertarian party candidate received the decisive difference of slightly more than three percent.

In Georgia, though there are five commissioners representing five districts, all are voted upon by the entire state electorate. The distinction is that the candidates for District 4 commissioner, for example, must reside in that part of the state, northern Georgia. Chair McDonald received on the third of November (and from early voters) nearly as many votes by Georgians as the presidential candidates, Joe Biden and Donald Trump.

Robert Burns and Boyd Dunn, and New Mexico’s Valarie Espinoza, who won’t be returning to their commissions.

Altogether, eleven commissioners were reelected and are returning to utility regulation. Five new individuals will be joining their state commissions. And one incumbent commissioner faces a runoff on the fifth of January.

Along with voting to fill two positions on the state commission, the people of New Mexico voted on Constitutional Amendment 1. Fifty-six percent of voters said yes, to change the New Mexico PRC from a five-person elected body to a three-person appointed body. This will reduce, from eleven to ten, the number of states continuing to select commissioners by election rather than appointment.

The New Mexico PRC changes to a three-person appointed body on the first of January in 2023, creating a nominating committee to propose candidates from which the Governor will appoint three individuals subject to the consent of the state’s Senate. PRC Chair Steve Fischmann was among the opponents saying, “It’s much easier to buy a seven person nominating committee than it is to influence a million New Mexico voters.” But the Albuquerque Journal was among the supporters saying, “While important to daily lives, [the commissioners] have been low-information, down-ballot races… Adoption of the amendment would put us with the vast majority of states that have appointed utility regulators.”

Party affiliation wasn’t much affected in the elections. The Arizona ACC, before the third of November, had four Republicans and one Democrat. Now it will have three Republicans and two Democrats.

And, the Georgia PSC had five Republicans and no Democrats. Depending upon how the fifth of January runoff elections go, this will remain as is or it will go to four Republicans and one Democrat.