September's PUF will be available later this week. Here is an excerpt from NERC's CEO Jim Robb to whet the appetite: 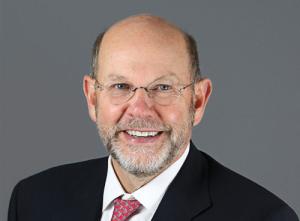 "... we need to retain the existing resources as long as we don't have an alternative...

What's driving a lot of the issues this summer in the midwest area is the loss of generating capacity.  It's kind of a twentieth century problem.  They're just short on capacity.

... It's a hard problem for state regulators who ultimately have to adjudicate the economic ratemaking to get these assets placed into service and then retain them as their used and usefulness status declines.

... I don't want to be investing in an asset that I think is going to be stranded in fifteen or even thirty years.  But you would think about it differently if you thought it was a ten-year problem versus a thirty-year.

... what's important here is the pace at which we transition the grid and what we think the length of this bridge is.  We'll think differently about the enabling investments if we thought we'd have batteries deployed at scale with adequate duration in five years, than if we think that's a twenty-year-off event.  Policymakers need to be sober in their assessments of what that timing is."