Chair Danner on Decarb and Gas 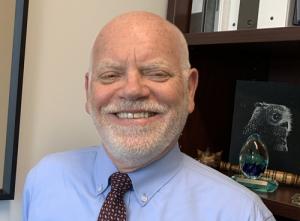 “In Seattle and many cities in California and elsewhere, we're already seeing the ordinances that ban the use of gas in new construction and in some cases, existing homes. So we're already starting to see kind of a transition away from gas, towards electrification…

I start with the notion that natural gas is a fossil fuel. It's sold for the sole purpose of being burned. In Washington, the direct use of natural gas accounts for about ten percent of our greenhouse gas emissions. So how do you decarbonize a carbon-based industry?

I am looking at this as a regulator. But also now as a long-term planner, because I have just been tasked with writing the plan for how we transition the gas industry into a low-carbon future.

In the short term, … we need to review policies that promote the use of natural gas. In some states, including my own, we have enshrined in state law a policy that all citizens are entitled to affordable natural gas. Those go back to a time before carbon pollution was a salient issue, or when natural gas was viewed as a bridge fuel.

We repealed that just last week. Our state policy now is that everyone's entitled to affordable energy and not just affordable natural gas. In California actually, this provision is still on the books and has been cited by utilities…

We also have to make sure in the short term that we're doing everything we can to reduce emissions in the existing gas system. That means we have to be better at plugging leaks in the gas system. In Washington, we have every utility on a pipeline replacement plan to get rid of all the cast iron and bare steel pipes, as well as some of the defective plastic pipes from the nineteen-seventies…

We also – really, this is a no brainer – have to stop leaks from third-party damage. Every year my agency posts the methane emissions that come from leaks, on our website. In 2020, our utilities identified some four thousand leaks that emitted almost thirty thousand metric tons of carbon dioxide equivalent. By far the largest part of that was from third-party excavator damage. Although there were leaks from pipeline operations as when they replaced the sectional pipe…

To get the kind of reductions we really need to do, we have to transition the gas system itself. What does that mean?

Well, what we've heard from my fellow panelists is electrification in most cases is the way to go forward. There are a lot of complications to that. One is, so how do you deal with the stranded costs?

There's a lot of research going into hydrogen and renewable natural gas. And even carbon capture and storage. I'll just give a plug for the June ninth webinar at NRRI on carbon capture… But can any of these technologies really be successful in making significant reductions in carbon emissions?

Honestly, I have my doubts and skepticism. But I think we need to let that research play out. As we do our study, we will get more information on that.

Second, if we're going to move gas customers to electric heat and cooking, we have to be sure that there is significant generation to serve that new load. That may mean new power plants.

In our case, it's going to be renewable energy because that's our state law, as well as transmission and distribution infrastructure, to get that power to load in the Pacific Northwest. We're already seeing resource adequacy challenges as we're taking the fossil generation offline, the hydro-power system is being stressed, and we're having wildfires disrupting power with increasing regularity…

Third, we have to be sure that any transition from gas to electric doesn't cause harm to most if not all people on the system. You've already heard about what the cost increases would be as more and more people get off the system.

And it's going to be the low-income households that are ... the last to convert their furnaces to heat pumps, or change out the gas ranges, unless we can provide assistance to them. This is an equity issue that has to be a large part of what we do.

And then finally, as we're looking at decarbonization strategies, we need to acknowledge and plan for the political challenges.

First, many people like cooking with gas. They don't want to lose it. So we have to make sure that they're okay with the alternatives. And the alternatives are getting better all the time.

Second, the gas utilities themselves are not keen on writing their own obituaries. They have political clout as evidenced by the many states that have passed laws prohibiting local governments from imposing gas bans of one kind or another.

Now it's not such a problem for dual-fuel utilities. But for those that are just gas LDCs, we're seeing a lot of opposition so far. And a lot of concern about the study that we've been charged to do. We're also seeing pipe-fitters unions and workers’ advocates opposing any measures that affect their livelihood.”