On March 22, I was scheduled to chat with Casey Herman. Casey has a big job at a big firm. He’s the ESG Leader for PwC. And ESG is a really big deal these days. 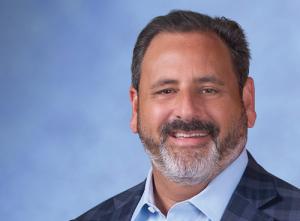 As soon as we began, it became clear that Casey and I should refocus the conversation. For the U.S. Securities and Exchange Commission had proposed the day before its climate change disclosure rule. The effect on all investor-owned companies including investor-owned utilities could be earth-shattering.

Furthermore, scope 1 and 2 emissions might need attesting from a third party. Plus, extra info may be required if a company has publicly set goals or targets, which many utilities have done.

Now fortunately, utilities have been ahead of the curve. EEI and AGA developed detailed templates for their member utilities to disclose climate change info in formats that ESG investors like. The SEC rule would, however, push utilities to work quite a bit harder on climate disclosure.

Coincidentally and conveniently, I had one of the industry’s experts on the line that day following SEC’s proposal. So, I asked Casey what he thought.

Admitting he hadn’t yet read the hundreds of pages in the SEC proposal that had been issued less than twenty-four hours prior to our conversation, Casey told me this:

“In a nutshell, the rules require disclosures about prospective risks and opportunities to a business, because of climate change …

The second requirement of the new rule is disclosure of historical carbon emissions. It requires disclosures of scope one emissions, which are direct emissions, such as smokestacks and tail pipes. Scope two is indirect emissions, associated with purchase of electricity, water, cooling, and steam. Scope three emissions are indirect, inherent in the upstream supply chain of a company, and downstream use of the products sold.

The new rule says all companies should disclose scope one and two emissions for each of the periods reported in their 10K – not in the financial statements – in the 10K.

Later in the conversation, Casey added another crucial point:

This line-level disclosure is not required if the impact on a line item is less than one percent of the total line item; I want to call your attention to the fact that this one percent threshold is quite low.

For your income statement, balance sheet, and statement of cash flows, how are they impacted by those climate change events? That's a new disclosure, and the level of specificity and granularity of that disclosure is much different than what's currently done. That's going to take thoughtful analysis and work to comply.”

So, buckle up. Here’s the timeline that Casey laid out for us:

“If there are no changes and the SEC moves forward with the proposed rule, it is effective for large accelerated filers, which is most utilities, for fiscal year 2023 that will be filed with the SEC in 2024. You have eighteen to twenty-three months before you have to start reporting this data in your 10K.”