The Global View of ESG

Clint Vince is US Energy Practice Chair at Dentons.

Prior conversations in these pages brought ESG views from CEOs, CFOs, DOE, and U.S. Chamber of Commerce, so it made sense that since energy and utilities, government, and business perspectives all were represented, that the legal viewpoint be brought in also. In keeping with that list of heavy hitters, Public Utilities Fortnightly reached out to the top of global law firms. 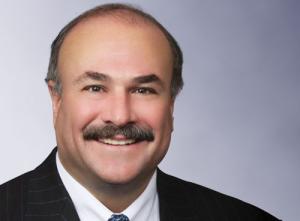 Clint Vince is Dentons US Energy Practice Chair as well as Co-Chair of Dentons Global Energy Sector, which is the world's largest law firm. He provides insights within and outside Dentons as to the latest with ESG. Enjoy this discussion.

PUF's Steve Mitnick: As a leader overall at Dentons, what does ESG mean to you and your firm?

Clint Vince: Environmental, social, and governance is a major issue for our law firm. We created an ESG task force a couple of years ago and I serve on the advisory board. We're in more than eighty countries now, but all our offices are interested, not in just the United States.

In addition to advising clients, the law firm has turned and looked at ourselves internally to see what steps we could take to improve issues of environmental, social, and governance within the law firm. That has had a positive impact. This is a serious issue for us.

PUF: Are you saying that ESG also is a big thing in Europe and Asia?

Clint Vince: We're finding that it's become a global issue.

PUF: You work with North American utilities including IOU, public power, cooperative. Does this issue come up?

Clint Vince: This comes up with all of our clients. In fact, we have formed a multidisciplinary team and have been doing kitchen cabinet type of sessions with general counsels and had a number of leaders of our clients in the utility sector participate in our webinars to describe what they're doing.

What's interesting is ESG began essentially as an investor concern about sustainability, but it has expanded to utilities that don't have investors, such as co-ops and municipal power. Nevertheless, they are focusing on ESG principles to improve their environmental footprints, transparency in governance, and to participate in social benefits for their employees and their communities.

While the co-ops and municipals are by definition in and of their communities, this has given them a chance to develop criteria and formalize their approaches.

PUF: What kind of questions do these senior executives ask about ESG?

Clint Vince: The subject of ESG has become somewhat politically fraught. There are nineteen governors and attorneys general who have created something of a political backlash on this subject.

So, utility executives need to ask what the possible implications are, given the governance in their particular states. Some states have passed legislation that impacts banks and other organizations that are seeking to promote ESG.

Questions that I receive are, how will the utilities' approaches fit within the laws, rules and regulations, and political climate of the states in which they are located? Other questions are, should we move forward and acquire a certain type of generation, and will that generation be approved down the road as a prudent investment?

We're trying to anticipate, not just what the rules are regarding environment, for example, not only knowing what the rules are today, but what they might be in the next twenty or thirty years over the useful life of some of these plants. That's another form of question we've been receiving often.

PUF: Some utilities operate in multiple states and may want to move forward on some of these issues, but they're also in other states with backlash on ESG. They have to negotiate that. How do you help on that?

Clint Vince: Especially for the multi-state utilities, some are in states that want progressive action on decarbonization, and others are in states with a different philosophy. They need to be attentive, not just to state laws, but also to what's going on at the federal level.

One creative CEO that I work with has been in situations where the utility might be required, for example, to deactivate coal-fired generation. That utility has attempted to put in renewable generating sources in the same location where the plant was deactivated, in order to take workers in that area and transfer them to projects consistent with their existing skill sets, like welders and workers who would be involved in constructing and operating a plant.

So, they might replace a coal-fired plant with a major solar project. That has been well received in the states that have maybe a different philosophy regarding decarbonization.

PUF: The S in ESG is getting more emphasis. What do you think about that and what do you tend to work on in that area?

Clint Vince: A big improvement in management under the S social feature, has been trying to have more sensitivities to the implications of where plants are sited, and what the implications are for the community.

There's much more attention to environmental justice and also, more attention internally to treatment of employees, health benefits for employees, and safety issues related to employees. To the utilities, at least that we represent, those have always been important, but I see even more focus on them as a result of ESG.

PUF: You're passionate on justice and equity issues. What does this mean for you personally?

Clint Vince: I have been following climate issues for thirty years with some of the think tanks I belong to. I believe we are way behind on tackling major systemic issues that have to be addressed in order to make the planet sustainable in the future.

At the same time, I believe there are extremes on either side of that equation. I attended a meeting of the Keystone Policy Center Energy Board recently that was excellent. I heard a senior fellow from one of the leading environmental think tanks, actually one that I'm associated with.

I've been on their board; I serve on their global leadership council, and I chair their energy advisory council. That person laid out a compelling case, that we can't just solve the climate issue with one type of technology, or one fuel source.

He stated that all fuel sources will be needed, and that there is technology available to assist with decarbonizing each fuel source, including natural gas, for example, carbon capture and sequestration.

That appealed to me, because as I mentioned, our firm is in more than eighty countries and what works in the United States doesn't necessarily work for all other countries.

Many countries will proceed with gas-fired generation, even coal. So, we shouldn't rule out carbon capture and sequestration, nuclear, and other potential opportunities to decarbonize without disrupting the local resources and political realities of a particular country, especially in less developed countries.

PUF: Where is ESG going? Are we hitting an end point, or as we head to 2030 and beyond, do you see these issues evolving?

Clint Vince: I don't think we're near an end point. Some of these issues will have fraught politics and that will need to be reconciled. I hope that different groups can come together and find common ground. We're going to need a big tent approach in order to address climate issues, and instead of being polarizing, we need to bring people in together to solve them.

But I believe that ESG is a powerful movement. Also, you will see generationally that, for example, the younger generation now coming into adulthood and having voting rights is more concerned about the health of the planet than many in our generation have been.

Demographics will change policy. As weather becomes more extreme and turbulent, it will get people's attention. There's an increasing sense of urgency about this.