Most who work in the energy and utilities industry know of Idaho National Laboratory as the nation's lab for nuclear energy research and development. But much more gets done there in strategic areas of energy, national security, science, and environment. 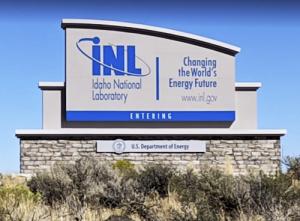 The research comes in many forms, but perhaps the best way to explain INL is as an applied energy laboratory, where smart people conduct practical research that can be put to use to solve big problems. A major one facing the industry today is achieving decarbonization.

PUF's Paul Kjellander, who hails from Idaho, sat down with Lab Director John Wagner, who came there to build advanced nuclear reactors, part of the clean-energy solution. Listen in on the future at INL.

PUF's Paul Kjellander: You're the Director of the Idaho National Laboratory. As you look at the state of powering not just our region but the nation with electricity, how would you describe the current state today?

John Wagner: Energy worldwide, nationwide, and regionally is at a crossroads. We're all looking to how we're going to reduce carbon emissions and ultimately get to what we're trying to do at the laboratory, which is net-zero carbon emissions of our site operations by 2031. 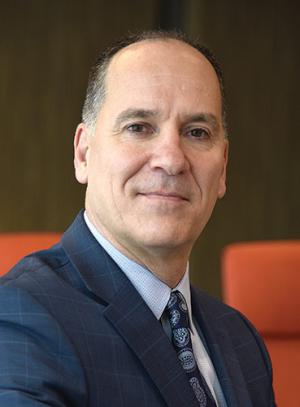 John Wagner: We have developed a strategy that involves multiple advanced reactor demonstrations beginning next calendar year and then having successive new reactors demonstrated approximately one per year for the rest of this decade.

A lot of that leads to electrification, which then leads to more generation. We're looking at it more holistically than we did in the past, and that is not just decarbonizing electricity, but also transportation and industrial processes.

In our region we're talking a lot about, including when I recently had the opportunity to talk with Wyoming Governor Gordon, the coal-to-clean-energy transition and carbon capture and utilization.

At the laboratory, we think a lot about the coal-to-nuclear transition. We're excited about the TerraPower project in Kemmerer, Wyoming that would transition a coal site to a nuclear site, utilizing existing infrastructure and workforce.

But we also think about, over what period of time that transition takes place, and how we might further reduce and capture the carbon emissions of existing fossil resources because this is going to take a little time.

PUF: How much time could the transition take and what role will the lab play in helping to shave off some time as you look at the horizon?

John Wagner: When we look at deep decarbonization, it's going to take at least a couple of decades. We have to be careful that the decisions we're making for short-term gains aren't making it more difficult for us in the future.

There's a lot the laboratory can do to help shave some time off, and there's a lot we are doing, such as working to accelerate advanced nuclear technologies from the computer to deployment. We have a strong focus.

That's what brought me to this laboratory, to build advanced reactors. To play a role in making the transition from talking about so-called paper reactors to actually building reactors. We have to demonstrate that we can deploy reactors again, accelerate deployment, and drive down costs.

We are an applied energy laboratory, so we conduct practical-minded research. An example is the integrated energy systems work that we do.

We know the future state is going to be regionally dependent based on available resources, whether there's wind availability or solar, for example. But we also know that wherever you're at, you're going to need to use multiple sources and use those effectively.

The other key is that the future integrated energy systems must be secure. As we build out the energy systems of the future, whether that's a lot of distributed microgrids or something else, they have to be secure, so physical and cybersecurity are baked into everything we do.

I worry that if you move too fast without incorporating cyber-physical protections, you could end up taking a step backward in terms of cost, reliability, or resiliency of your system.

PUF: Idaho National Lab plays a significant role in the advancement of cybersecurity nationwide. How do you handle that? It's constantly changing.

John Wagner: Unfortunately, that's true. It's hard to see when the work is done in terms of cybersecurity.

I don't know the origin of it, but I've heard that the half-life on cybersecurity knowledge is eighteen months. That means that every eighteen months, you're out-of-date in terms of the threats and approaches to address them. That's concerning.

But we have to deal with it. That part, we can't change. In terms of when are you ever done, it may feel like you're always chasing threats. What I like about the team here is they've developed a methodology.

They call it consequence-driven cyber-informed engineering, and that is trying to get people early in the process of whatever system they're developing to think about cybersecurity as opposed to what we're doing largely now with existing infrastructure, which is using Band-Aids to secure them.

We're thinking about cybersecurity at the outset, having it involved in everything in designing a new system. The other key piece is thinking about it from an adversarial perspective.

PUF: You mentioned trying to move away from paper reactors to real reactors. What's happening on that front?

John Wagner: That's what I'm the most excited about. We've developed a strategy at the laboratory, working with the Department of Energy and other stakeholders, in terms of how to move the needle on building reactors.

If you're not close to this field, you likely think about nuclear reactors as gigawatt-scale, as ten years to build, and ten billion dollars. That's the current generation.

When we think about advanced reactors, novel systems, we had another piece that came into our strategy, and that is a strong market interest in small systems. We've developed a strategy that starts small and simple, enabling us to learn how to do this again. We haven't demonstrated a new reactor at the laboratory since the early '70s.

We're learning how to do it again with systems that are small and simple, and building up from there. We have, just over this decade, developed a strategy that involves multiple advanced reactor demonstrations beginning next calendar year and then having successive new reactors demonstrated approximately one per year for the rest of this decade.

PUF: Talk about net-zero initiatives, why you're so aggressive, and trying to accomplish that in a relatively short window of time.

John Wagner: It was a little more than a year ago when I became Lab Director. At that time, I expanded my understanding of this laboratory to what a significant enterprise this is, eight hundred ninety square miles. We have over six hundred vehicles, and over three hundred buildings. We have our own landfill.

I started understanding that the challenges we face to go to net zero are the same or similar challenges to what a city, state, or other major organization faces. I gained a broader understanding of our clean energy and critical infrastructure security mission space, which is developing technological solutions to these challenges, with the expectation that others will adopt these technologies.

It dawned on me that the combination of our R&D mission and site operations provide a unique opportunity for us to lead by example. Since about a year ago, it's already had tremendous impacts because it's a focal point now that brings our research and operations together around real solutions, that once demonstrated, we can transfer to others who have similar goals.

In terms of the schedule, it is aggressive. National laboratories, all of us, were originally established to do big things. That's why we exist in the first place.

First, we thought a lot about what our role is as a national laboratory in solving major problems for the nation. Second, what's the appropriate time scale relative to the problem and the urgency of the problem we're addressing?

It's aggressive and ambitious. People use the word audacious. We are on track to do it by 2031.

PUF: The research you do at the lab, it's a delicate balancing act. You have to put your finger on the problems that need to be addressed but can't push the outcomes in any specific direction. That's not a simple task.

John Wagner: That's absolutely right, and that's where partnering and being attached with what I call the real world, is so critical. One of the risks that an organization like a national laboratory has, is that our research becomes detached from the real problems that cities, countries, or private companies are facing, or what the market needs.

It's more of why I love this laboratory. As an applied energy laboratory, we take extra effort to be connected to the real world, and make sure we understand what the right problems are to be solving, not just the problems that we happen to be interested in solving.

PUF: As you look at the dynamic changes happening in the electricity sector, how important do you think the lab's role will be in resolving some of those issues and helping get them from the lab bench to the real world?

John Wagner: You're talking to a Lab Director, so it's going to be very important. You see that as evidence through our growth. Our growth is not just in federal programs, but also our growth is in terms of supporting private companies in what they do.

When you think about our unique nuclear facilities, that's probably the most obvious example of where we can help companies develop and demonstrate technologies in a way that they otherwise could not afford to do because of the taxpayer investments in our infrastructure.

But the same can be said for our other clean-energy areas, like our battery testing laboratories, biofuel users' facility, and our many national security test ranges, including our critical infrastructure test range and our wireless security test range.

PUF: There are programs and projects that people in the real world can come, utilize, and take advantage of.

John Wagner: Yes. It's part of our net-zero effort. We already have a couple of microgrids, but we're working toward a microgrid powered behind the meter to demonstrate how that would work to power up facilities. Then that could be a grid and a set of capabilities that others come in, and not just understand, but actually use.

John Wagner: It absolutely is. It's exciting, but the challenges before us are at times daunting. We want to move toward eliminating carbon emissions. At the same time, we're going to electrify a lot more things.

What I haven't talked about that I worry about, are critical minerals, where they come from, how do we sustainably mine them, and how do we optimize their usage so that we're using them most effectively?

I see a bright future for nuclear. I see an exciting future around microgrids in terms of resiliency and security, and just a lot of opportunity.