PUF is excited about the Fortnightly Top Innovators 2021, because their stories are inspiring and uplifting. It's what we all need after a most trying and unusual pandemic time in our lives. It's about looking to the future and making it better. 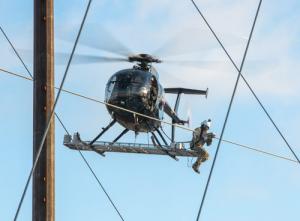 PUF's Steve Mitnick: What's the importance of sensors for a dynamic line rating and what is DLR?

PPL operates the transmission grid in our area. Then there's PJM Interconnection, the RTO that dispatches the generation in this area. It oversees territory from New Jersey out to Illinois and down to North Carolina.

Generators bid on how much they will generate electricity for, and then PJM Interconnection analyzes the least-cost way to dispatch generation to supply customers. 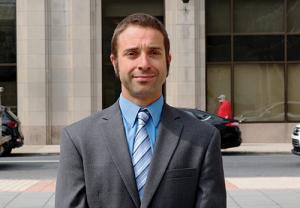 Horst Lehmann: We were able to prove with the data that we can solve the congestion on at least two of the transmission lines.

Sometimes on the transmission system, the transmission lines become limiting factors. The lines cannot handle the flows across them from certain generation mixes. Then PJM has to change what's generating and dispatch more expensive generation because of the overloaded lines.

The DLR frees up some additional capacity on those lines above what the old, ambient or static rating would allow. The old ratings were based on a set criterion of conditions and included a lot of worst case factors and safety margins to account for the unknowns in operations.

Whereas with dynamic line rating, we're placing sensors on a transmission conductor and bringing back that conductor data and real time conductor temperature, the wind speed, and performance of a line.

We can bring that all back into our system and apply more accurate ratings for the lines to get the full utilization of that conductor. Then that allows for more economical dispatch generation, which results in lower costs for the customers. 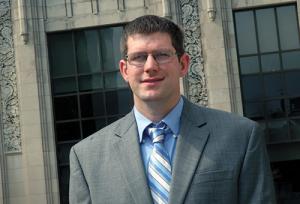 Eric Rosenberger: This solution was not just for data, but we can solve a problem and prevent a huge rebuild for a lot lower cost option.

Eric Rosenberger: They're just little boxes, hanging on the conductor. They're a fully contained set of sensors and communications components. In our case, on the lines that we applied it to through our analysis, we put six of them for each transmission line to give us a good view of all the different spans along the line.

PUF: What do you do with this data?

Horst Lehmann: The sensors are bringing back data measured from the vibration of the conductor, as well as the current flowing through it. Then it sends the data back to the cell network, to the vendor's server or onsite program. 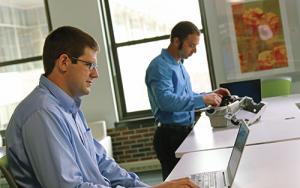 They take that data and apply an algorithm to it, or a calculation, to get the wind speed, and the temperature of the conductor. Based on the information provided, they mix that with the forecasted weather data, and can provide a real-time rating for it, as well as forecast the ratings for the next forty-eight hours for that conductor.

We can operate real time and forecast the ratings so we can set our system for the next day. That's where it ties in with PJM.

That's the big innovation of this project, tying it into the market and using that forecasted data in the market system to forecast our ratings for the next day to allow the most economical dispatch. As far as we can tell we are among the first in the U.S. to be doing this.

PUF: PJM is actually using this and it's making a difference basically in the cost? 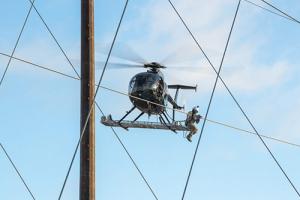 Horst Lehmann: We're working with PJM to implement it, so it is not fully operational yet. We have the sensors up, and we're collecting the data. Right now, we're in the stage of analyzing data and implementing those servers and all the connections needed to begin operating the grid to those ratings.

PUF: How did this project work?

Eric Rosenberger: We had a lot of people involved. When we first identified it as a solution to this market congestion issue that PJM identified, we went out and looked at the different vendors.

There were a handful of vendors that offered solutions. The technology has been around for a while and various utilities have been piloting it and putting sensors out there.

There were a couple different underlying technologies that the vendors were using to take conductor measurements. We selected the one that seemed to use the most accurate of those and what we thought was going to be most maintenance free system.

We went with that vendor and applied the sensors. What we did initially to get this going was we had the vendor stand up the system in a cloud environment that allowed us to get started. All we had to do was install the sensors and then the vendor could stand up the computation system to start crunching the data and calculating the readings in real time.

We're still operating in that environment. But throughout the early part of this year, we designed a system where we're going to bring the computation environment into our on-premises systems where we can fully control and secure it.

That is important when we go to integrate it into our operational environment, because it's on transmission lines and it's affecting the bulk electric system, so we have to be sure to meet all the NERC CIP standards in play, the Critical Infrastructure Protection standards.

We had to protect the data and put a lot in place to make that work. We have a designed system right now, and we're currently working on building that system on premises and transitioning to the actual operating world.

PUF: How did this idea come about?

Eric Rosenberger: PPL had been watching this technology for some time. We like to think of our team as future proofers �" figuring out what could negatively impact operations and use technology or innovation to solve for it.

It's something we were interested in piloting just so we could bring back more data. We hadn't kicked anything off at that point.

Then while Horst was going through the planning studies, getting the results from PJM studies, and looking at problems coming up, that's when he realized this solution was not just for data, but we can solve a problem and prevent a huge rebuild for a lot lower cost option. The dream became a reality. We were like, there is a real business case here.

Horst Lehmann: Yes. We're always looking for new technology, and to leverage data. I was familiar with it from my previous work in the transmission line design group and working with Eric's group in Standards.

When I moved into the Planning group it was, okay, we can apply DLR to these market efficiency congestion issues because DLR's operation provides the exact type of benefits needed. It doesn't work as well for a normal planning type overload. It's the real-time operations and day-ahead forecasting that plays perfectly into the market efficiency and congestion issues on transmission lines.

We're always willing to pilot new things, take the next step, and push it, instead of just putting the sensors on and saying, let's do a science project. Let's get these on the line and into operation. Let's get them into market, show their impact and provide real benefits to our customers.

PUF: What's been the most rewarding or fun thing that came up in this project?

Eric Rosenberger: The most rewarding part for me was the number of challenges to overcome to make this a reality. I mentioned the NERC CIP impacts. Going through the standards and trying to figure out how the system fits into that was a challenge.

We even brought in ReliabilityFirst, which enforces the NERC standards for us and makes sure we're compliant. We brought them in to help because it was a bit of a vague implementation, and they agreed the standards didn't fully anticipate this type of system as they were drafted.

We had to navigate through that in our design of the integrated system. It was that, and the other challenge of working with PJM and pioneering the processes that were needed.

There was no process established for getting the system up and then how to integrate and operate it. Working with them and developing those standards to make that work was a rewarding and challenging experience.

Horst Lehmann: I liked initiating a project, working with different groups, getting the technology, and then going out in the field and seeing it get hung on the transmission lines.

That's always neat for me when you take it from the beginning to installation. Then it was great, once we started collecting the data and all the analysis I did to prove it can actually solve the problem on two of these lines, and work with PJM to implement the analysis solution.

It's taking something from a conceptual level and proving it's going to work and then seeing the data showing it's getting the results you expected. That's the rewarding part when it comes together how you've planned it to.