Every November, when we publish Public Utilities Fortnightly's special issue on innovation, we do a deep dive on some of the outstanding Fortnightly Top Innovator nominations. Through these profiles we aim to answer questions like, what drove the innovation, what's its essential benefit, and what aspect of their accomplishments did the innovators find most rewarding? 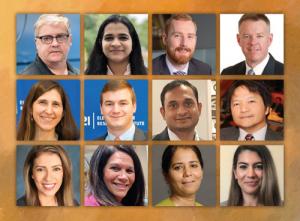 This November we profile eight of the nominations. Read on and you'll see how a team at Ameren is using virtual reality to revolutionize training at nuclear plants, and how another there is using robotics to automate more than thirty processes throughout the company. You'll see how a team at Southern California Edison is using drones and machine learning to inspect the grid's lines from above, and how another in southern California (San Diego Gas & Electric) invented a non-metallic party balloon — no kidding — that won't short out the grid's lines when they escape your kid's hands and float up from below.

You'll see how an EPRI researcher is using a mega-model to analyze decarbonizing the economy with low-carbon fuels, and how a Burns & McDonnell engineer is using wearables and virtual reality to reduce the need for personnel in field work. And you'll see how a team at Hitachi ABB Power Grids created robust cybersecurity protections for critical high-voltage direct current transmission systems.

Time wouldn't permit us to profile all the nominees in such depth. But, by reading these eight interviews below, you'll begin to appreciate what's behind the vision and accomplishments of all this year's nominees.