Decarbonization and RIIO in the U.K.

Look Across the Pond

Julia Hamm is a visionary non-profit leader at the center of the transformation underway in the electric power sector to a clean and modern energy future. For the past twenty years she has been advising and collaborating with utilities, solution providers and government agencies on business models, grid modernization, and clean energy policies, strategies and programs. Hamm guides and oversees all of SEPA’s research, education, and collaboration activities for its eleven hundred member companies. She led the organization through significant expansion in recent years, including rebranding from the Solar Electric Power Association to the Smart Electric Power Alliance, and merging with both the Association for Demand Response and Smart Grid and Smart Grid Interoperability Panel.

Cristin Lyons is a partner with ScottMadden and leads the firm’s energy practice. Since joining the firm in 1999, Lyons has consulted with myriad clients on issues ranging from process and organizational redesign to merger integration to project and program management. She led the firm’s grid transformation practice for three years before becoming the energy practice lead.

Fortnightly Magazine - February 2019
This full article is only accessible by current license holders. Please login to view the full content.
Don't have a license yet? Click here to sign up for Public Utilities Fortnightly, and gain access to the entire Fortnightly article database online.

When a taxi driver offers a stock tip, it usually means that it is time to sell. When the taxi driver brings up climate policy, you wonder how the issue became taxi cab parlance. 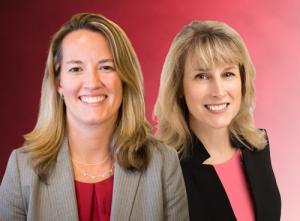 We have just arrived in London, and the taxi driver is lamenting the city's redesign of roads. What were previously lanes for vehicles now form a network of bike superhighways. According to our driver, the changes have narrowed roadways, slowed commutes, and increased traffic. He notes it is all part of the United Kingdom's effort to reduce greenhouse-gas emissions.

Turns out the Cycle Superhighways were conceived and pushed by Boris Johnson, the former mayor and an avid cyclist. The vision is that getting more people on bikes will reduce congestion for vehicles. In fact, the current target is for eighty percent of trips taken in the city to be accomplished by cycling, walking, or public transportation by 2041.

Despite some inaccuracies and hyperbole, it is striking to listen to the taxi driver discuss the United Kingdom's ambitious desires to address climate change. If taxi drivers are talking about climate policy, just imagine the conversations occurring in the energy sector.

This full article is only accessible by current license holders. Please login to view the full content.
Don't have a license yet? Click here to sign up for Public Utilities Fortnightly, and gain access to the entire Fortnightly article database online.
Advertise Here