Kim Zentz is the CEO of Urbanova. 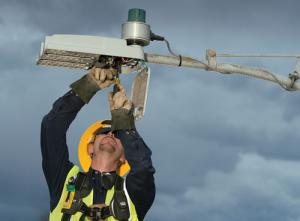 Kim Zentz: Urbanova is an organic collaboration that was instigated in about 2014 by Avista Utilities and Itron. It was initially formed among Avista, Itron, the city of Spokane, and Washington State University.

I was brought on as a facilitator, the person to help write the feasibility study or the strategic plan. We came together and examined the feasibility of leveraging the unique urban advantages of Spokane, Washington as a midsize city on the rise in the smart communities' space.

It is prime real estate, growing in density and provides a great proving ground for all different types of technology and non-technology-based solutions that midsize cities will need to rely upon as they grapple with increasing density and decreasing availability of funds. 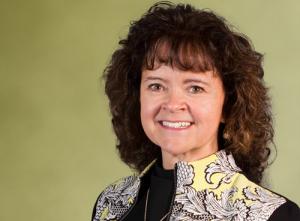 Kim Zentz: The Shared Energy Economy Model Pilot is examining a new wave that will be facing all grid operators, but it's doing so from a mutual benefits point of view.

We came together around a purpose of finding new ways to make communities better for people.

We're taking a systems approach that is keeping everything on the table and not oversimplifying the types of solutions that are necessary. We're focused on identifying what problem we're trying to solve from the perspective of the citizens that are living in the neighborhood.

Toward that end, we've partnered with the Gallup organization to make sure that we are availing ourselves of the best data analytics and behavioral science that is possible to access. Most people think of Gallup as a polling company and, they are. It's an important part of their business, but it's only a small percentage of their portfolio. They are one of the world's leading data analytics companies. 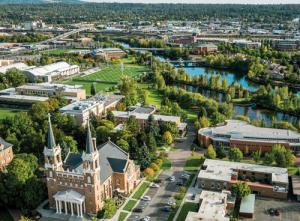 Looking at and evaluating all the different dimensions of challenge that midsize cities will be facing as people continue to move to more urban environments is what we're about. As that urbanization continues, there will be more mega-cities, but mega-cities won't tend to have the same intensity of problems that midsize cities will be facing as the pace of change is so rapid and the availability of resources is subject to competition.

PUF: Working with the City of Spokane, Avista, and Itron to move this forward must be fun.

Kim Zentz: Absolutely. And it's important to note that Washington State University is included, which is our land-grant research university. The reason we call it the University District is because there's a presence of six higher-education institutions in that seven hundred and seventy acres all sharing space, buildings, and urban amenities. That doesn't happen very often.

But even more important, Spokane serves as the medical and medical science center for the Intermountain West, an area that reaches up all the way up into Canada and Montana and the south. That area serves nearly two million people. 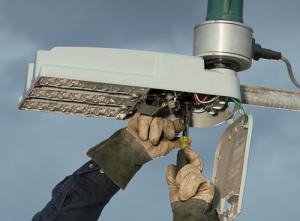 Now scale it back to the seven hundred and seventy acres, there are two medical schools. Washington State University just inaugurated its medical school, so it's a startup medical school as of 2015.

The University of Washington in partnership with Gonzaga University continues its WWAMI program. WWAMI stands for Washington, Wyoming, Alaska, Montana, and Idaho. It's a collaborative that trains physicians and both medical schools are focused on addressing the physician shortage in less densely populated areas, rural areas and smaller and midsize cities.

PUF: What near-term progress is being made?

Kim Zentz: In developing the feasibility of this vision that we have, we identified and have executed on three proof point projects. One of those is smart and connected street lights in which the first phase was to connect street lights with multifunctional sensors across the seven hundred and seventy acres and of those, three included air quality sensors. 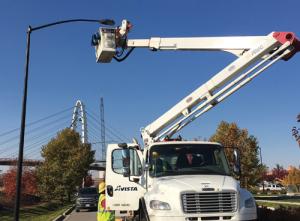 We're now moving into phase two of smart and connected street lights and we have thirty-nine street lights outfitted with sensor packages provided by Itron. We're integrating the data that helps you save energy with LED lights, integrating the traffic data from the city of Spokane, and employing dynamic dimming to improve the business case of saving energy, so that you can have slightly dimmer lights when there is no traffic. It's not just on or off. You can have different levels of lighting depending on what the ambient light is and what the traffic is.

We're also examining pedestrian safety in the city. In that way, bringing together the university, the city, the utility and our newest partner, Verizon, to identify how to keep people safer and save money while you do it is one of those use cases.

Let's move from smart and connected street lights into the second proof point project, which is identifying the role of air quality in a healthy city. There's a collaboration within Washington State University between the College of Engineering, where the Laboratory for Atmospheric Research resides, and the College of Medicine, where the physicians and nurses who are addressing public health reside, and together they're pursuing research projects around that idea.

Those three air quality sensors I mentioned earlier were designed and developed at WSU's Laboratory for Atmospheric Research, with the idea to bring air-quality measurements down to the human scale, meaning that typically air quality is measured at the atmospheric scale with very expensive devices and then scientists use sophisticated modeling to scale down and predict or guess what we might be actually breathing.

The idea that we were pursuing was air quality at the very fine grade scale and what we would call the human or personal scale. You can measure air quality from person to person or, more important, from address to address. There are variations. When a person has a chronic disease that affects breathing in any way, it's vitally important for that person to know what they're breathing at any given time. You can't rely on averages or generalities.

The third proof point project is led by Avista called the Shared Energy Economy Model Pilot. It is a large grant, split roughly half and half between the State of Washington's Clean Energy Fund and Avista's investments, for a seven million-dollar, three-year project to develop a micro-transactive grid.

Big words, but what that means is that it's a two-way grid. Conventionally microgrids are applied to campuses and/or facilities that want to be able to operate independently of the major utility grid.

In this case, it's about staying connected to the utility grid so that you can find those optimization use cases among the building information system, and the distributed energy resources that provide benefits back to the operation of the grid and therefore the grid's customers, as well as optimal opportunities to defray the costs of those who might not be a utility and who own solar, or wind, or storage.

The Shared Energy Economy Model Pilot is examining that new wave that will increasingly be facing all grid operators in the future, but it's doing so from a mutual benefits point of view.

PUF: How big can this get in three to five years and how impactful on citizens can it can be?

Kim Zentz: That's a hard question to answer briefly. That's why we have those five outcomes that we're focused on. The payoff is in measurably healthier citizens and safer neighborhoods.

Smarter infrastructure is implying more efficient and effective operation, meaning lower cost and greater benefits. And then, a more sustainable environment, meaning that we don't want to lose any ground, we, in fact, want to continue to improve the very clean environment we have in Spokane.

Ultimately, when we say a stronger economy, we believe that the opportunity to have a lot of sensors across a finite area to sense anything for any use case that you might imagine will bring some of the best and brightest minds to the universities and to the entrepreneurial ecosystem in the city.

That will help us build a stronger economy by leveraging the ingenuity of our citizens, but also those who have solutions that they want to demonstrate in a real-world environment. We're not the only ones using the term living laboratory, but ours is very large, and it's very physical and we've got a committed, multi-sector stakeholder group in our collaboration.